Whats in a name?

Names, funny things aren't they. I mean we've all got one.  It's how we identify ourselves, our name makes us who we are. I don't have many skills but I'm blummin excellent at remembering names. It's a good job really considering the amount of people I see each week. I try very hard to get the  pronunciation right, sometimes I can't remember but instead of risking getting it wrong I kinda just miss their name out whist frantically the memory brain cogs race around opening every filing cabinet and folder in my brain looking for the illusive name. Got it, I breath a sigh of relief and use their name several times in the next few sentences.
Having an unusual name growing up had its challenges, people were often suprised to find out I'm not German. Of course these days there isn't such a thing as an unusual name. Anything goes, I do think calling your kid after where they were conceived is kinda weird as is after your favourite car or after a landmark. I mean who wants to be named after Blackpool Tower!
What I do find interesting is the resurgence of old fashioned names, there is loads of Harry's, Henry's, Freddie, Sidneys, Alfies etc but where are the Hildas, Edna's, Doris's, Doreens & Maureen's now? How come only the boys names became cool? And I wonder when 80s names will be back? In 2030 will the primary schools be full of Sarah's Lisa's, Tracey's, Peters, Martins & Richards? Somehow I doubt it....
So let's get back to pronunciation, my unusual name is Kierston and it still is unusual. There ain't many of us here in the UK. Its Scandinavian and no I'm not from Norway. I'm from a little village in the West Midlands in the heart of England - Not even a smidge of viking in me!
Its pronounced 'key ston' or 'key er ston' or even 'kia ston'  depending on your accent! Many people shorten my name to Kie (Key) its not Kirston, Kirstin Kirsty, Kieron, Kira, Kia, Kye or any other variations. To be honest though I answer to any of those, the problem is some people have said my name for so long that it's now weird to correct them.
I always correct someone twice, after that I give up and often become known as Kirston for as long as I know that person. Sometimes I'm tempted to say or spell their name wrong but my obsession with getting their name correct overrules.
My friend often corrects people if they get my name wrong and will say doesn't it drive you nuts and my reply is I didn't even realise they said my name wrong!
So if you are reading this and you have been getting my name wrong forever don't worry, I understand, its the pitfall of having a weird name but don't be suprised if I start calling you something totally random.
Oh and let's bring back Doris and Edna's! 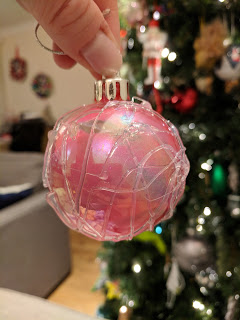